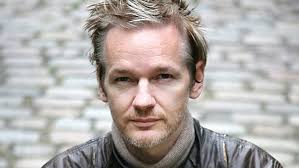 Assange doesn’t seem a nice person – but was it him promoting his fractured profile, or was it the press & media? – They, and the majority of the folk who promote the whole western politico-military conventional thinking are not nice. Conventional wisdom isn’t reliable as a guide.

Those people whose secrets have been exposed by Assange have no monopoly of the truth, and have far less compunction about life and death decisions than, say, John Pilger.

To quote R D Laing: “Normality highly values its normal man. It educates children to lose themselves and to become absurd, and thus to be normal. Normal men have killed hundreds of thousands of their fellow normal men in the last fifty years.”

I’m happy to be ordinary, but normal? Normal people scare me!